The NIGHTSEA Model SFA Fluorescence Adapter system adds a versatile fluorescence imaging capability to the Keyence VHX series of digital microscopes. A growing number of Keyence owners are using the system successfully for a variety of applications. Visit our gallery of images made with the NIGHTSEA adapter and the Keyence microscope.

Fluorescence solutions for most Keyence lenses

The key elements of any fluorescence system are:

NIGHTSEA implements these for the Keyence system with:

The components of a NIGHTSEA system that adds a single excitation/emission wavelength combination on a Keyence microscope are:

The implementation approaches for the supported Keyence lenses are summarized here:

The images below illustrate these implementations. 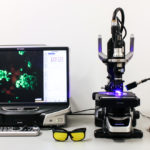 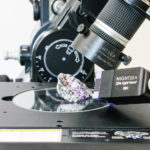 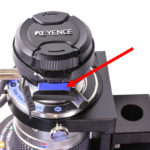 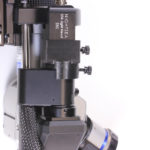 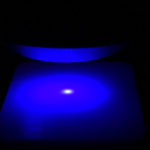 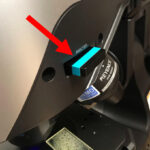 Below are samples of what you can see. For many more examples visit our Keyence image gallery. 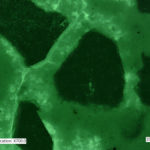 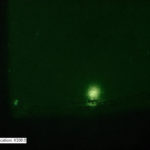 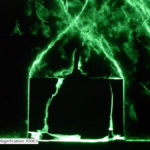 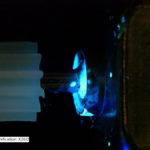 We have configured Keyence fluorescence adapter kits that include the three most useful excitation wavelengths for varied industry applications, and that are suited to various combinations of the supported Keyence lenses. The kit price is significantly less than purchasing the items separately. 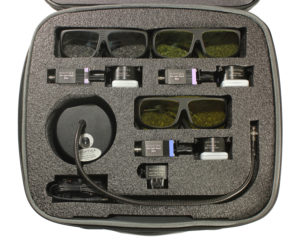 Each Industry Kit includes the following items, or a subset that is suited to the particular Keyence lenses you want to outfit:

* Only included with systems that support the VH-ZST lens

The part numbers for the 3-wavelength configuration depends on the Keyence lenses you want to work with:

We can customize other configurations as needed, and offer additional wavelength sets that may be of use for other applications.

Do you need a quotation? Use the Quote Request Form.

We have found that the combination of the Ultraviolet, Violet, and Royal Blue excitation/emission sets addresses a wide variety of industrial imaging challenges. The most common misconception we encounter is that fluorescence is uniquely associated with ultraviolet (UV) light and many customers immediately ask for that wavelength. However we have found in several cases – even some in which UV was specifically recommended by a dye manufacturer – that either Violet or Royal Blue provided superior performance. For example:

Acquiring the three-color system will provide the highest chance of success and will equip you with a versatile toolkit to address new fluorescence imaging challenges as they arise. Contact NIGHTSEA If you would like to discuss your application further.

The microscopes in the Keyence VHX series were not designed for fluorescence. That said, the NIGHTSEA adapter system adds a fluorescence capability that is proving to be valuable for a growing number of users. Several companies have purchased multiple adapters so that they could replicate the performance across multiple microscopes. In at least one case the customer only purchased their Keyence system because of the added NIGHTSEA fluorescence capability that enabled a critical analysis function for them.

Read more about performance expectations with the NIGHTSEA adapters on the Keyence microscopes.

There are five excitation/emission wavelength combinations available for the system.

Enhanced performance with the VH-ZST

With the ZST lens and the higher magnification (200 – 2000x) objective  you can achieve enhanced performance by removing the Keyence fiber optic illuminator and positioning the NIGHTSEA excitation light head in its place with our custom adapter. This brings the excitation energy through the lens, creating a much more concentrated illumination spot than can be achieved with the light source positioned to the side. We have made fluorescence images at up to 2000x with this configuration. 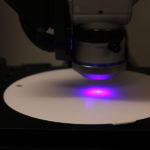 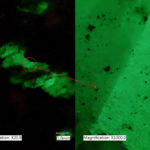 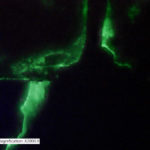 Read more about achieving the best fluorescence results with the ZST lens.